The September 11 attacks and subsequent false conspiracy theories revealed the changing nature of disinformation as we entered the internet age. Blackbird.AI explores how 9/11 conspiracies have persisted over the last 20 years, and the importance of early deception detection to prevent disruptive information from taking hold. 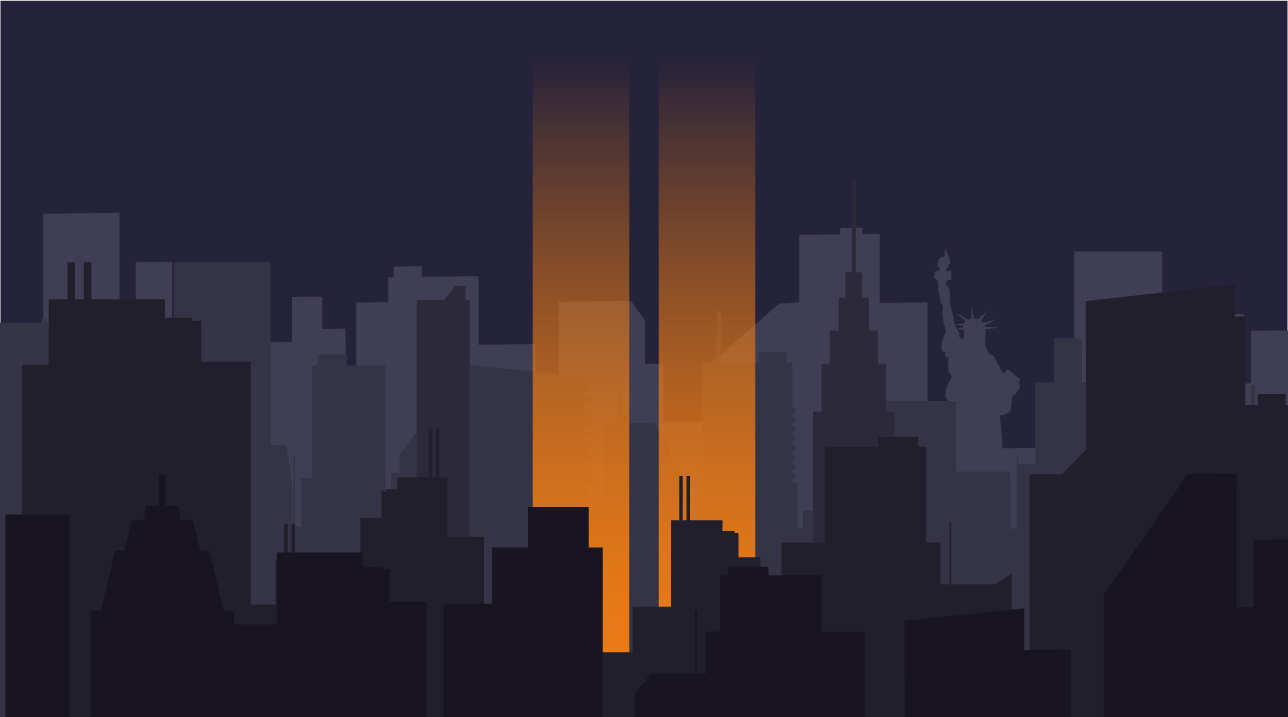 Disinformation campaigns and information operations have existed for centuries, with early efforts including armed forces dropping paper pamphlets from balloons to sway public opinion within enemy territory. Intelligence services and militaries around the world have used ‘Info Ops’ to guide conversations and direct attention both domestically and internationally.

Many of these operations have entered public discourse in the form of conspiracy theories. The assassination of President John F. Kennedy in 1963 spawned countless fraudulent narratives and speculation which today are frequently polled as the most believed conspiracy theories among American adults. The AIDS pandemic similarly led to significant disinformation campaigns throughout the 1980s, with several examples of modern-style Info Ops from foreign actors influencing the American public. Internationally, events such as the death of Princess Diana had similar impacts on growing conspiracy theory movements that served to broadly introduce the public to nascent forms of disinformation and challenges to mainstream narratives. 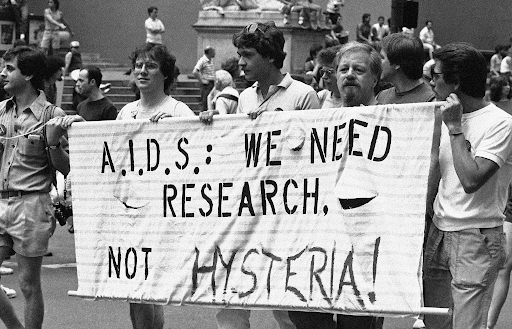 Yet for years, these influence operations and conspiracy were the hallmark efforts of fringe actors who lacked credibility and public visibility. Mainstream media discounted their reach and maintained institutional narratives based on strong evidence and widespread conviction.

The September 11 attacks changed much of this, allowing conspiracy theories to enter the public mindset in a way that was previously impossible. The democratization of information through the rise of the internet that coincided with the largest attack on U.S. soil in 60 years marks a turning point in the understanding of disinformation. Now, twenty years later, the persistent evolution of widespread information disorder – revealed by Blackbird.AI’s analysis below  –  shows the importance of detecting and combating conspiracy theories as early as possible. Early detection is key in preventing radicalization and the degradation of our shared communication systems.

Immediately following the attacks on September 11, 2001, Americans struggled to understand these unprecedented events and their implications. Within the first 24 hours, early internet chat rooms and forums witnessed numerous questions regarding the reality of the attacks. Two movements, LIHOP (Let It Happen On Purpose) and MIHOP (Make It Happen On Purpose), formed to distinguish between growing groups of conspiracy theorists that believed either the government was already aware of the hijackers’ plans and did not act to prevent them (LIHOP), or were active participants in the attack themselves (MIHOP). Based on varied anecdotal accounts, self-proclaimed experts shared beliefs that the collapse of the towers “looked like controlled demolitions”, or the now memetic phrase “jet fuel can’t melt steel beams”. 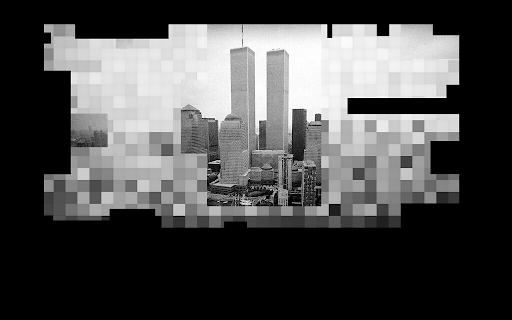 (via AP Illustrations, Times of Israel)

These early purveyors of misinformation and disinformation set the stage for a movement that refused to believe the attacks could occur without government cooperation or collaboration. The immediate rise in President George Bush’s approval rating to sky-high levels and quick acquisition of emergency war powers were seen as sufficient motivation for allowing such an attack to occur.

Later, the lack of evidence behind government claims of weapons of mass destruction that justified the 2003 invasion of Iraq increased American skepticism in government agendas, convincing many that the September 11 attacks could also easily fall within the realm of a secretive state cover-up. In 2005, an amateur documentary entitled ‘Loose Change’ fueled continued growth in the ‘9/11 Truth’ movement and served as a flashpoint that accelerated growth by gathering the different pieces of disinformation into an easily consumed ‘documentary’ format. All of these factors combined meant that throughout the 2000s, different polls showed anywhere from 25 to 50% of American citizens believed that the government was concealing at least a portion of the truth around the collapse of the two towers. 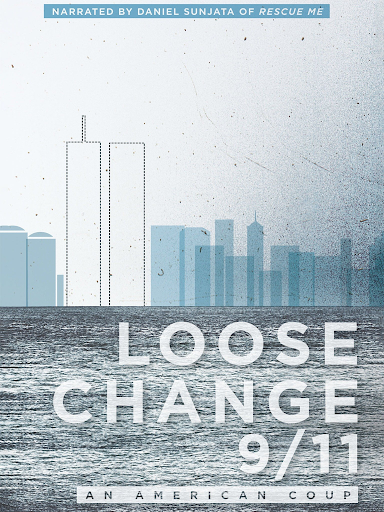 In conjunction with these events, the advent of internet-based communications was crucial in the expansion of misinformation and disinformation. Instead of relying on traditional news media and trusted journalism, Americans could read opinions from just about anyone from the comfort of their desks. By operating outside of traditional media, institutional controls on fact confirmation or sourcing were non-existent, creating an environment ripe for the spreading of dubious information. This was the precursor to disinformation today, which has made the internet its primary channel.

Conflicting opinions created vulnerabilities and government mistrust which opened the door for an alternative narrative to take hold. Repeated commissions from the US government and private sector associations continued to uphold the widely accepted understanding of the events that lead to the 9/11 attacks, but alternate conspiratorial explanations had already become embedded within the minds of many Americans.

In the past 20 years, documentaries, studies, museums, and reports have continued to build evidence that the attacks on September 11 were what they appeared: a sophisticated terrorist plot that succeeded. Variousreliableinvestigators repeatedly came to the same conclusions: the US Intelligence Community had followed Al Qaeda for years with continued warnings of their threat capabilities, and while opportunities existed for improvement in areas such as information sharing, the IC had no specific knowledge that this attack would occur on this day. The government was not complicit. There was no ‘inside job’.

Despite this, surveys still find that even with the enormous body of evidence supporting the mainstream view that 9/11 was a terrible terrorist attack, around 1 in 4 Americans still believe that 9/11 was an ‘inside job’. 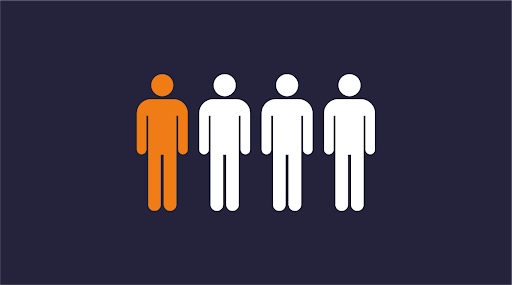 One in four Americans believe 9/11 was an ‘inside job’

Blackbird.AI analyzed data from the twentieth anniversary of September 11th to understand current disinformation being spread around the attacks and found that the major ‘Inside Job’ narrative is still the most prevalent conspiracy theory and driver of online conversation.

This disinformation narrative uses terms like ‘false flag’ (implying the US government conducted the attack and used fake evidence to blame it on Al-Qaeda) and ‘inside job’ to continue promoting the conspiracy theory to wide audiences. The narrative has persisted for twenty years and originated in the immediate aftermath of the attacks, beginning in internet forums and IRC chat threads as early as hours after the collapse of the towers. Posts in the narrative often incorporate other conspiratorial aspects such as the destruction of ‘Building 7’ – another building in the World Trade Center complex that was not hit by an airplane – or anti-semitic references to Israel and ‘Zionists’ as the true culprits behind the attacks. Much like 20 years ago, videos of the fall of the two towers or Building 7 are linked in several tweets as evidence of controlled demolitions based on the way in which they fell. On September 11, 2021 (the twentieth anniversary itself), content marked as harmful by Blackbird’s AI system received 46% of all engagements on tweets within the ‘Inside Job’ narrative, demonstrating that it is still ongoing today.

Within this main narrative, Blackbird.AI’s analysis revealed another trend in 9/11 disinformation: the same skepticism of government transparency surrounding the attacks being used to drag newer conspiracies or events to the forefront and push additional disinformation. Several tweets made specific references to the January 6 attack on the Capitol, or COVID-19 conspiracies. One influential tweet linked the conspiracy of 9/11 as an inside job to ‘The Big Lie’ (President Trump’s continued challenge to the results of the 2020 election) and the ‘Pandemic of the Unvaccinated’ (a phrase used to cast doubt on the available information for the COVID-19 pandemic). The author of this tweet linking the different ideas shares with pride their ban from Twitter on a previous account in their account description. In two days, that same user posted four times about 9/11 being a false flag operation, using the common conspiracy theories around Building 7 as evidence. With 5.5 thousand followers on Twitter and over 30 thousand followers on far-right social media platform Gab, the user has a moderately large audience, demonstrating the ability of influential social media users to drive conversation around 9/11 conspiracies which link to skeptics across different disinformation movements and communities.

Beyond individual users, 9/11 is still fertile ground for synthetic augmentation. Of all unique users that posted regarding false flag or inside job conspiracies, 22.5% showed bot-like behavior. While no individual bot-like account generated significant high engagement from audiences, the large volume of posts from aggregated bot-like users creates a cumulative multiplier effect on the propagation of narratives and conversation. 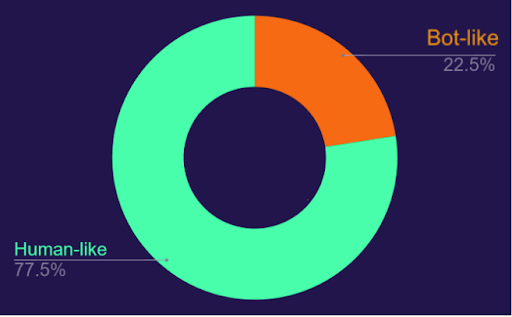 Bot-like vs. Human-like users in the ‘inside job’ disinformation narrative

The September 11 attacks were the turning point for the entrance of the internet as a major disinformation vector compared to the conspiracy theories and Info Ops of years previous. The endurance of 9/11 disinformation, still partly driven by synthetic accounts and narrative manipulation, can serve as a gateway to other conspiratorial movements, such as QAnon or COVID-19 hoaxes. Despite the vast amount of evidence to the contrary, disinformation around 9/11 persists 20 years later; through a mixture of synthetic and organic augmentation, the ‘Inside Job’ narrative continues to stoke conspiracy theories around the true nature of the attacks on the World Trade Center.
‍
While it may be too late to alter entrenched public discourse around 9/11, Blackbird.AI believes our AI-driven solutions to identifying and tracking disinformation at their point of emergence is the best defense against threat actors who seek to destabilize social and political cohesion through malign information operations. Early detection and understanding allows for early reaction and proactive communication, promoting robust information integrity and improving resiliency in the modern digital communications ecosystem. Avoiding the next 9/11 Truth movement and effectively combating associated disinformation, such as the already spreading conspiracy theories around the January 6 Insurrection, is contingent on early deception detection and action before disruptive narratives can take hold.