Dodging the Lemon: ESG in the Age of Information Disorder

It’s never been easy to spot the “real deal” in a sea of competing ESG disclosures. But as disinformation seeps into every aspect of public discourse, the problem is likely to evolve from the strategic omission of unflattering facts from ESG disclosures towards active forms of fraud. 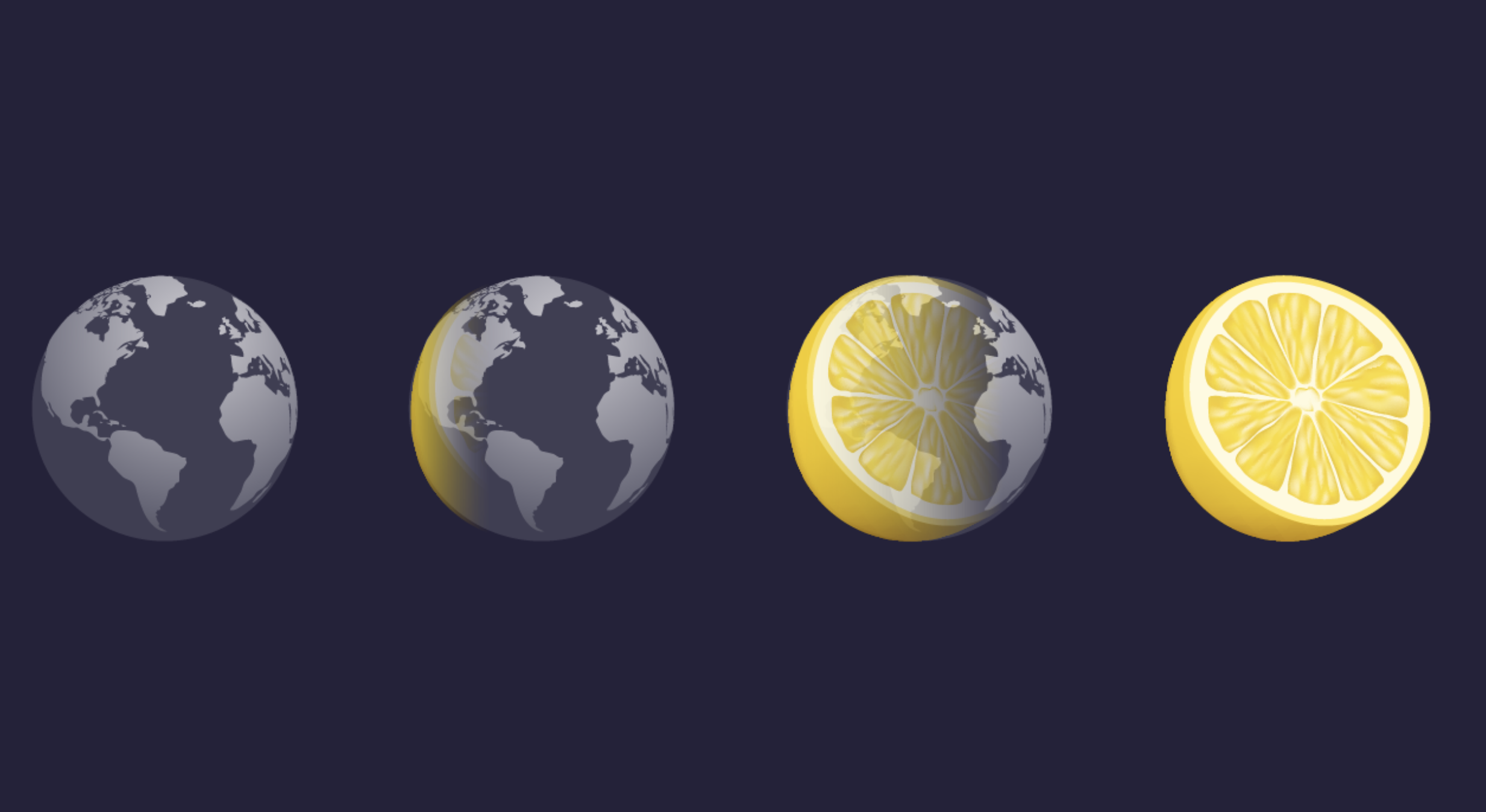 The ongoing debate around the environmental, social, and governance (ESG) criteria is once again front and center for the financial sector. On the heels of the UN Secretary-General’s August statement calling climate change “a code red for humanity, international leaders at September’s annual UN General Assembly displayed renewed focus on environmental issues. This year’s General Assembly followed a string of natural disasters attributed to climate change, including wildfires in the western United States and floods in Germany and Belgium, changes to ESG regulations in the European Union, and signals from the Biden administration about possible changes to ESG regulation in the United States.

While talk of legal standards for ESG disclosure in the U.S. has concerned some investors who believe that regulations are too vague and that greater regulation will result in negative economic impact, it has excited others, who depend on ESG ratings to make investment decisions. But there still remain a number of open questions surrounding how to effectively implement ESG disclosures, and who should be responsible for setting and enforcing rules.
‍ 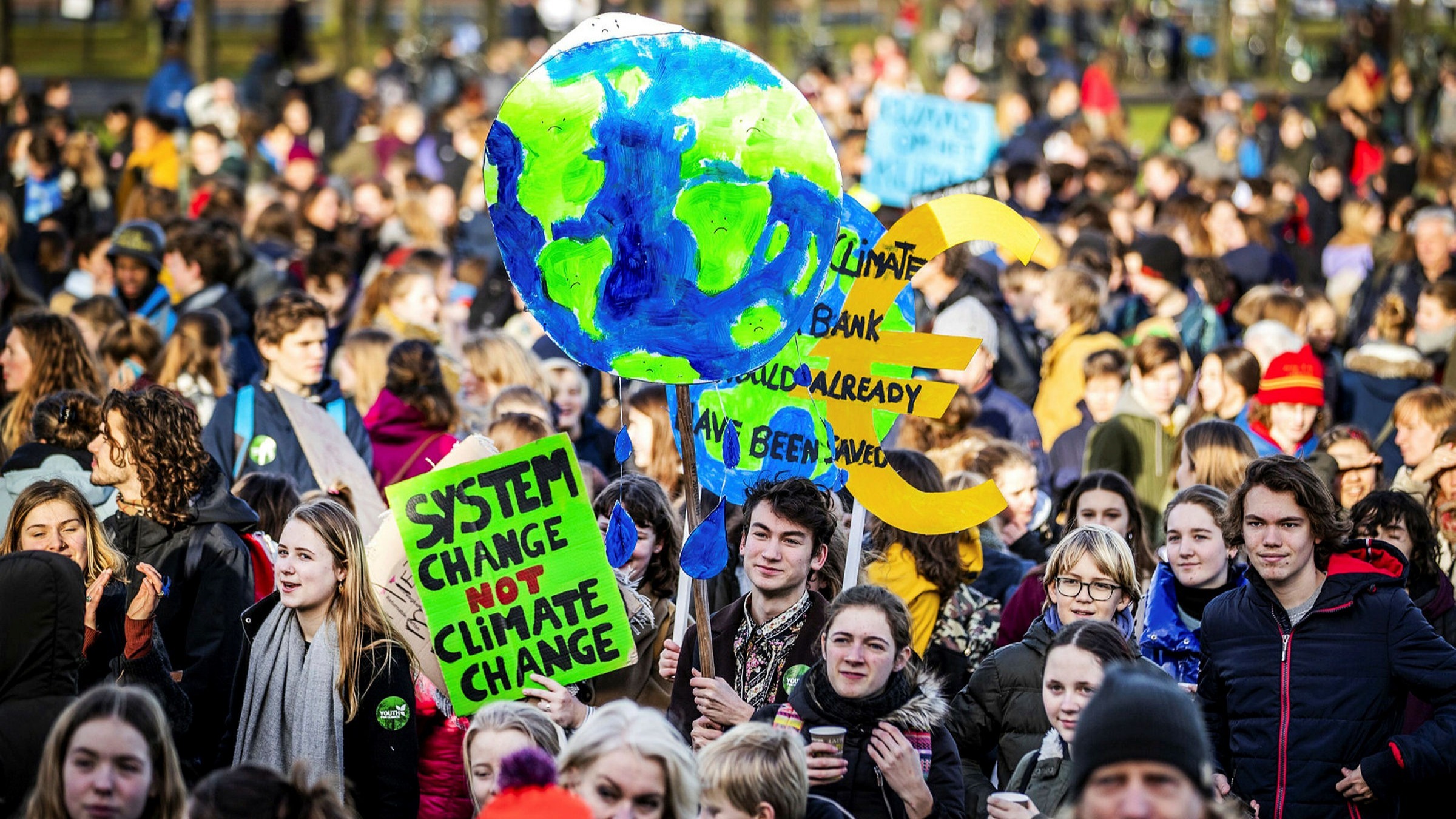 As regulatory bodies and the financial sector attempt to reconcile differing standards with the goal of implementing ESG practices that achieve the intended results, one missing piece in the conversation is the role that disinformation campaigns stand to play. When it comes to ESG, policy-makers, asset managers, and investors should take note: the ongoing reality of disinformation campaigns and emerging technical capabilities for deception mean that some approaches to ESG disclosure, ratings, and regulation could encourage the spread of green-washing and other forms of duplicity.

Lemons in the Information Economy
‍

The story of how well-intentioned ESG regulations go wrong begins in 1970, with the publication of an economics paper called “The Market for ‘Lemons’”, which would go on to become a classic in the field. The author of this paper, George Akerlof, presented a simple idea using the analogy of the used car market.

Imagine sellers on a used car lot know which used cars are in good shape and which are “lemons” – slang for a bad used car. Meanwhile, car buyers suffer from information asymmetry: they’re unable to tell the difference between a good car and a lemon. From the buyer’s perspective, the expected value for any car is the same as any other car; the buyer is willing to pay an average price for any car even though some used cars are lemons and therefore less valuable than others.

Akerlof’s work describes tangible goods, but the conceptual thread that ties informational asymmetry to the spread of lemons and counterfeit goods remains relevant to the intangible knowledge products of the financial sector. Like the used car salesman passing off a lemon to a hapless buyer, companies have the most information about their own ESG practices, and if they’re inclined to do so, they can take advantage of this informational asymmetry to mislead shareholders and investors about subpar ESG practices.

For example, fashion company Boohoo enjoyed a relatively high ESG rating amongst its peers. This reputation collapsed, however, in the wake of credible allegations of modern-day slavery against the company. Subsequent investigations did not turn up evidence of slavery but confirmed deeply troubling labor practices in parts of Boohoo’s supply chain. Boohoo hadn’t promulgated false information about its objectionable labor practices – it had simply omitted information on the topic from its ESG disclosures, resulting in an investor blindspot. Investors fell for the lemon: Boohoo stock was included in several ESG-focused funds precisely because of its strong ESG score.
‍ 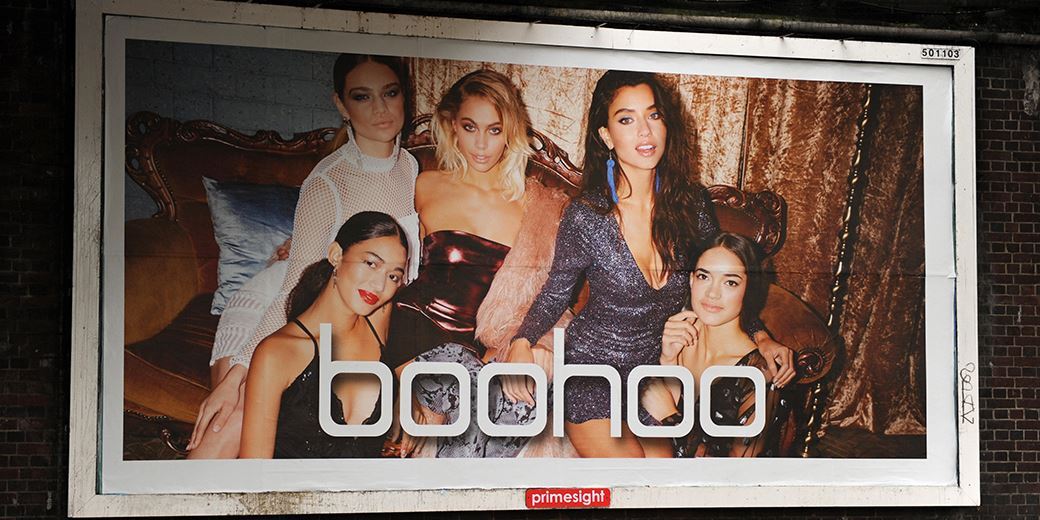 The problem of lemons applies within companies, too. For instance, local management is likely to have more granular information about on-the-ground behavior, such as adherence to labor standards. This information asymmetry can tempt local management to omit or misinform senior leadership, resulting in an invisible lack of compliance with the company’s stated ESG goals. Leadership at textile company Welspun, for example, were shocked to discover that the company had falsely advertised products sourced from “Egyptian cotton.” These false claims had originated not within the company, but with suppliers to the textile giant, who passed off inferior textiles as coveted “Egyptian cotton” to buyers within Welspun.

The Road to Counterfeit ESG
‍

Akerlof’s work on lemons is sometimes extended to describe the market for counterfeit goods. If counterfeit products are cheap to produce or procure, and counterfeits are high fidelity – in other words, buyers face an asymmetry in which they’re unable to tell the difference between counterfeits and “the real thing” at the point of sale – then the market favors the spread of counterfeits.

As the Boohoo scandal demonstrates, it’s never been easy to spot the “real deal” in a sea of competing ESG disclosures. But as disinformation seeps into every aspect of public discourse, the problem is likely to evolve from the strategic omission of unflattering facts from ESG disclosures towards active forms of fraud. In other words, ESG deceptions will evolve from lemons to counterfeits.

As sophisticated technologies for deception grow ever more accessible, companies will have the ability to manufacture evidence to support fraudulent ESG claims. If the idea of elaborate ESG fraud via counterfeiting evidence of ESG compliance seems far-fetched, consider the infamous case of the Volkswagen emissions scandal. Volkswagen designed and employed software that temporarily suppressed car emissions under the exact conditions of emissions testing, and its efforts were preceded by a long history of car-makers using sophisticated means to game emissions tests. While plenty of corporations demonstrate real commitment to ESG issues, undoubtedly some bad actors will use ESG standards as an opportunity to carry on dubious traditions of cheating and greenwashing.

Isolated instances of rule-breaking are no reason to throw a regulatory framework out the window. More concerning is the possibility that new ESG regulations could give bad-faith companies the upper hand by heightening rewards for good ESG performance, or the appearance thereof, at the very moment when informational counterfeits are getting cheaper and more difficult to detect, while “real” changes, in addition to significant investment of time, money, and effort, require grappling with complex problems that don’t have quick fixes. Initiatives to support environmental sustainability, for instance, often fail despite widespread agreement on their importance as well as decades of collective effort around the world.

Meanwhile, third-party data analytics, intended to serve as a counterbalance to bogus claims, instead may fall prey to the same blindspots embedded in company disclosures. For instance, organisations such as MCSI, a prominent ESG platform which uses data analytics to rate and rank companies on their ESG claims, had ranked Boohoo in the top 15% of its peers just prior to the emergence of allegations against Boohoo’s labor practices. Although MSCI had undoubtedly drawn on independent data to make its ranking, the data did not capture Boohoo’s real risks.

Data analytics platforms are not only an inadequate shield against blindspots; they are also dependent on open-source data scraped from websites that are increasingly polluted by false claims. For example, many analytics services incorporate sentiment analysis of news media and social media as part of their ESG rankings. If one of these services were to trawl the Internet for indicators that the furniture company Wayfair had been involved in social controversy resulting in a negative sentiment from the press and public, plenty of “independently sourced” data points would indicate it had. That’s because QAnon conspiracy theorists recently latched onto the spurious allegation that Wayfair traffics human children and sells them as sex slaves.

This disinformation campaign didn’t rely on sophisticated technological deception to generate fraudulent “evidence.” It took advantage of pre-existing QAnon narratives and coincidental circumstances to make accusations without any evidence at all. Yet the pseudo-scandal generated a substantial number of negative reactions against Wayfair on social media, as well as an avalanche of news coverage. None of the data arising from the pseudo-controversy would be an accurate reflection of Wayfair’s corporate impact.

Wayfair is not the only company caught up in disinformation campaigns. After disinformation linked COVID-19 to 5G wireless networks, people targeted telecommunications companies for attack. In addition to destroying mobile wireless transmitters, believers in 5G conspiracy theories also stabbed an employee of BT Group PLC, a telecommunications company constructing a 5G network in the U.K.
‍ 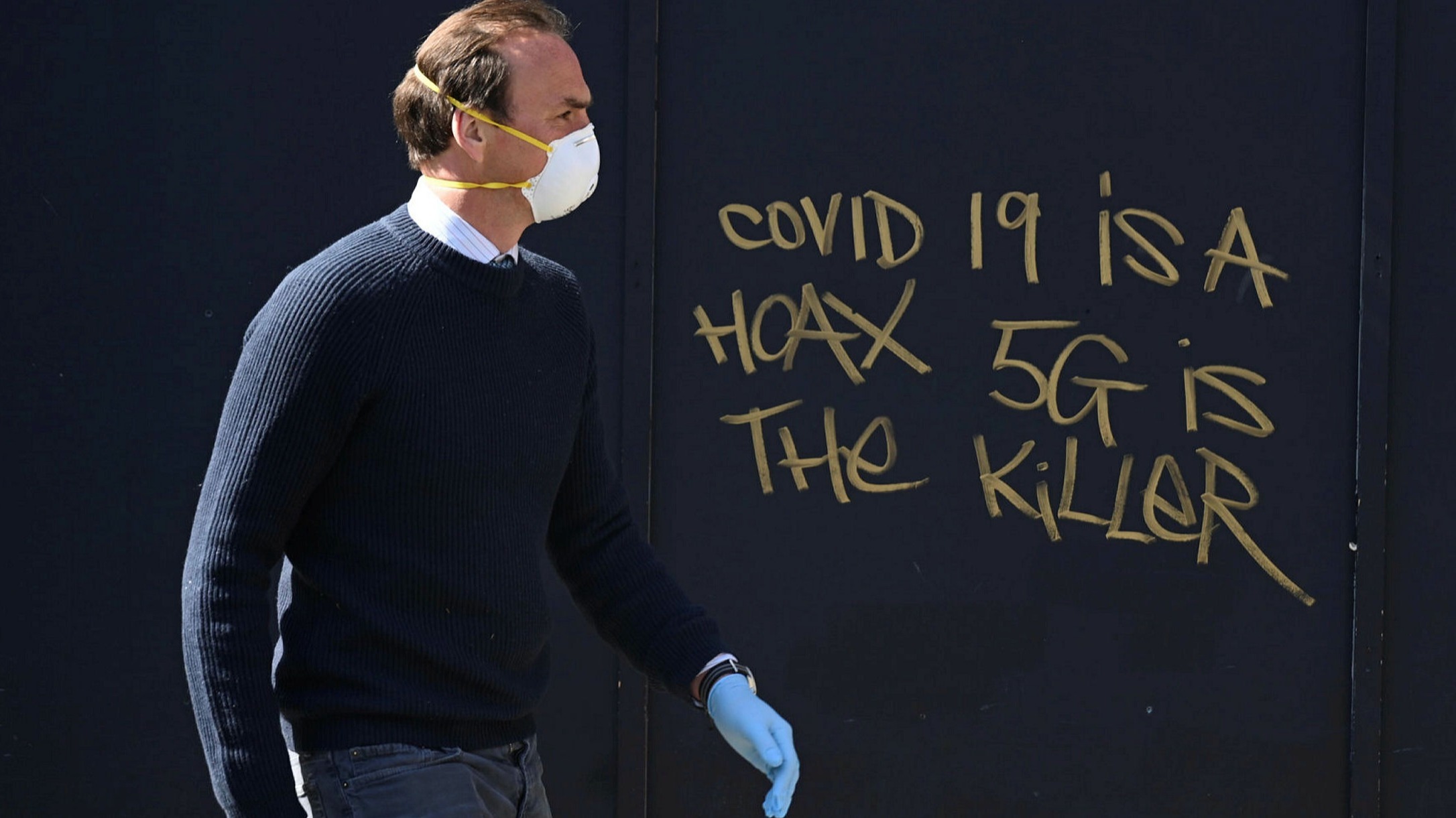 The cycle of online outrage further incentivizes the manufacture of counterfeit evidence to support fraudulent ESG claims. After all, companies like Wayfair and BT Group PLC are targeted for no reason at all, while investors struggle to distinguish between good-faith ESG efforts and greenwashing. Why bother to attempt complicated ESG initiatives when it’s easier than ever to support bogus claims with counterfeit evidence?

When it comes to ESG disclosures, it’s widely acknowledged that the current system is flawed. The lack of a standardization for ESG means that ESG scores for the same company differ wildly depending on who’s calculating the score, even if the different scorers have similar metrics for evaluation. What’s more, companies choose what information to disclose, which leaves them free to withhold unflattering information from shareholders.

As technological capabilities for deception become more accessible and sophisticated, pernicious practices such as strategic omissions from disclosures may evolve into more active forms of fraud, such as the digital manufacture of evidence to support fraudulent ESG claims. These changes are likely to compromise data-dependent ESG ranking systems, which are already prone to blindspots.

In order for ESG rankings to act as a meaningful check on company claims, the data must be validated at scale. Technology will be part of the solution. Blackbird.AI offers tools to identify and track disinformation campaigns to ensure that ESG data derives from authentic media and social media sources, rather than from disinformation campaigns created by competitors, nation-states, or extremist cohorts.

Another part of the solution is a shift in mindset. Regulations to support standardized ESG disclosures could be a step toward clarity for investors, but only if these regulations account for the realities of disinformation and avoid further incentives for exaggerated and fraudulent ESG claims. Left unchecked, these deceptions will carry consequences: climate change, for instance, will not be addressed by pretended cutbacks to emissions. These real-world impacts underscore the urgent necessity of ensuring ESG disclosures and rankings derive from accurate information.