The deadly impact of COVID-19 misinformation 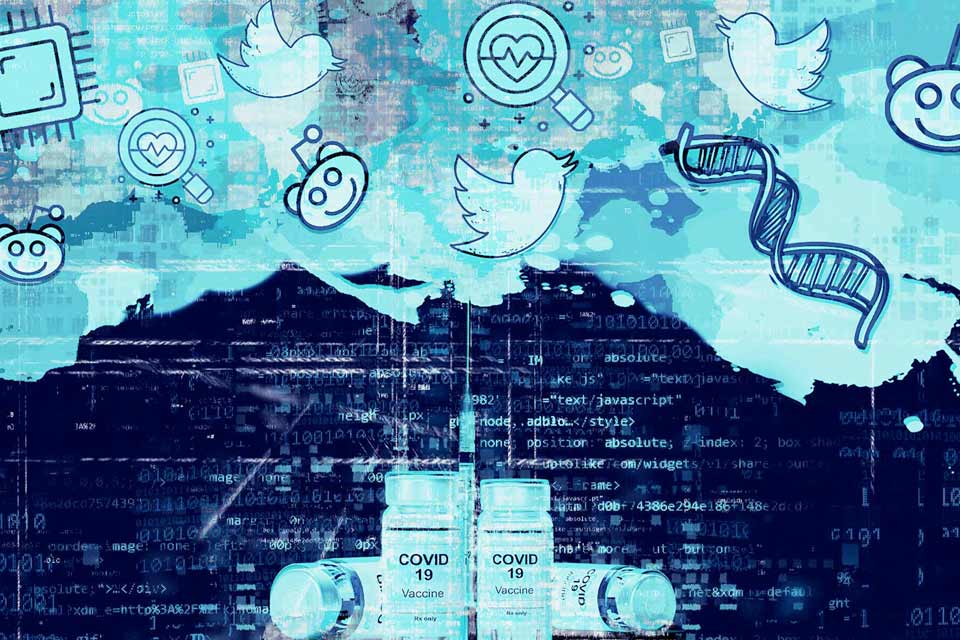 Do you know what’s been the main driver of medical misinformation, disinformation and malinformation (MDM) surrounding the COVID-19 vaccines?

Approximately 10% of the more than 637,000 mRNA-related tweets Blackbird.AI analyzed for the two years leading up to May 2022 contained negative organic messaging around mRNA COVID-19 vaccines. The rest of the 14% of negative messaging was generated by bot-like accounts.

The first wave of MDM around mRNA vaccines surfaced in November 2020, when news hit of the success of the Pfizer-BioNTech and Moderna-NIAID COVID-19 vaccines. Starting Nov. 16, we saw that average post engagements per day more than double from 6,000 to just under 15,000. At that point, we also found that anti-vaccination rhetoric became steadily more intertwined within mRNA posts on Twitter.

It was in April that news broke of the potential for Johnson & Johnson’s Janssen COVID-19 vaccine to trigger rare blood clot disorders, with the CDC asking healthcare providers to stop administering the vaccine until the US Food & Drug Administration could investigate.

This MDM campaign was spurred by relatively few medical professionals, mostly those known to be against vaccinations. The rhetoric from the likes of former doctor Vernon Coleman and doctors Aseem Malhotra and Mobeen Syed gained traction on personal blogs, YouTube, morning talk shows, Twitter and other social media platforms.

While legitimate sources such as Reuters and the American Heart Association sought to counter the narrative, their efforts didn’t diminish the anti-vax engagement.

The initial negative seeding of the potential cardiovascular issues around the J&J COVID-19 vaccine was amplified by popular anti-vaxxers like Dr. Simone Gold, Robert F. Kennedy Jr. and even Robert Malone, MD, the self-proclaimed inventor of mRNA technology due to his 1980s research into it.

Blackbird.AI’s research also uncovered possible evidence of Disinformation as a Service (DaaS)* by Indian pharmaceutical company Bharat Biotech. We found the use of hashtags like #bharatBiotech, #BloodClots and #Pediatrics seeded by Twitter user @eLephunk10 promoted possible cardiovascular harm from the mRNA vaccines. (*DaaS is a means whereby social media users are paid to promote one company over others through MDM efforts.)

‍Dangers of MDM
‍If you subscribe to the thinking that “knowledge is power,” then misinformation can be deadly.

The Kaiser Family Foundation estimates that 234,000 US lives could’ve been saved since June 2021 with higher COVID-19 vaccine uptake.

Our white paper on “Understanding the Impact of Information Manipulation in the Pharmaceutical Industry” clearly shows the dangerous and deadly impact on public health caused by the online anti-vax community, groupthink networks and notable public figures. Combined, they demonstrate the difficulty faced by vaccine developers in mitigating their increased reputational risk as they seek to improve public health.

It is through Blackbird.AI’s detailed MDM analysis and planning to counteract these efforts that pharma companies can place themselves at the forefront of the battle to safeguard public health.

Blackbird.AI’s “Understanding the Impact of Information Manipulation in the Pharmaceutical Industry” white paper is available free for you to take a deeper dive into the MDM surrounding the COVID-19 vaccines.